In 2045, exactly 100 years after winning independence, Indonesia will have one of the five largest economies in the world. That’s the future that Arsalan, a 22-year-old leader, envisions and has taken painstaking steps to make a reality since he was a small child.

Arsalan’s dream of seeing his nation prosper arose in middle school after learning about the Asian Miracle when once poor countries like Singapore and South Korea transformed rapidly to rank among the world’s most developed nations. The more he learned, the more he wanted to see Indonesia reach that same level of development.

For Arsalan, seeing his beloved country and its people prosper is not an abstract dream – it’s something he wants to play an active role in. In fact, he hopes to become the Governor of the Indonesian Central Bank one day.  That’s a lofty goal, but one that Arsalan has pursued with all his heart.

Given his interest in economics and his commitment to helping his home country, it was a no-brainer for Arsalan to apply for the U.S. Department of States’ Young Southeast Asian Leaders Initiative (YSEALI) E-Community Regional Workshop on regional economic integration, organized by Kenan Foundation Asia. In addition to knowledge about the ASEAN Economic Community (AEC) and the global economic landscape, he chose to apply in hopes of using “this priceless opportunity to build strong partnerships and engagement with other participants that would benefit the welfare of my society and ASEAN.”

Arsalan was selected to join 79 of Southeast Asia’s brightest young minds at the workshop, which took place in Hanoi, Vietnam from August 1-4, 2017. Over the action-packed four days, Arsalan learned from business leaders and economic policymakers, engaged in dialogues about the most pressing economic issues facing his country, and represented the economic interests of Indonesia as a delegate in a Model ASEAN Summit. These activities increased the economic knowledge and leadership skills of YSEALI participants as well as built a community of change-makers from across ASEAN. 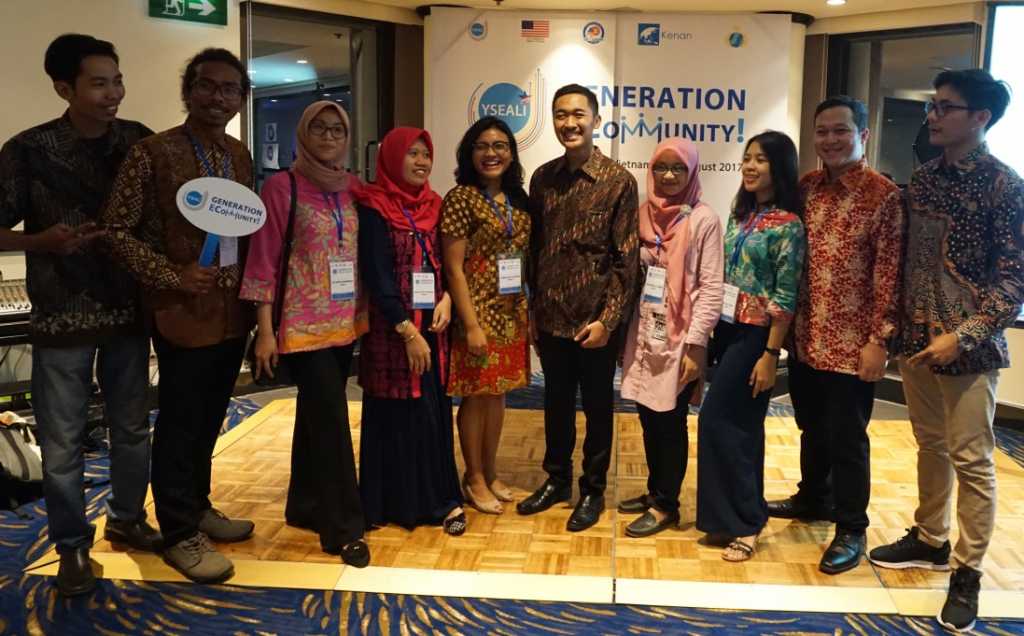 After the workshop, Kenan and YSEALI offered participants from each of the 10 ASEAN countries the opportunity to collaborate and receive up to $1,200 to implement their own community project and apply what they learned over their four days in Hanoi. When you get so many smart, ambitious young leaders together and give them the freedom to use their creativity, you are bound to get amazing results. And what Arsalan and his teammates came up with was just that – amazing.

Imagine you’re cruising eastward on the Trans-Flores Highway. You’ve just taken in the three tri-colored lakes in Kelimutu National Park. Now you’re heading across the island of Flores to Labuan Bajo, the small fishing village turned gateway to world-renowned diving spots and Komodo Island. As you climb into the misty highlands, surrounded by verdant jungle, a rustic sign captures your attention.

The signboard invites you to take a detour off the beaten path to explore Detusoko Integrated Eco Village. You’ll visit the terraced rice fields, trek through the jungle, and learn about the culture of the village. Do you make the stop? If you do, you’re one of the scores of new tourists entering the village thanks to the effort of Arsalan and his teammates that began a year earlier in Hanoi.

Decotourism, the team’s brainchild, is a social initiative to transform the highland village of Detusoko into a sustainable tourism destination. Inspired by a session called ‘Business for the Social Good’ at the YSEALI E-Community Workshop, the team recognized that tourism, if developed responsibly, can drive local economic growth and benefit society.

Blessed with a beautiful landscape and strategically located an hour from Kelimutu National Park along the Trans-Flores Highway, Detusoko had tremendous potential, yet struggled to develop because villagers had low awareness of eco-tourism and little knowledge about how to market the village as a tourism destination. Arsalan and his teammates, however, believed they could help. As the team leader, Arsalan blended his teammates’ unique talents, including graphic design, website development, agricultural knowhow, and community development, to form a cohesive plan to make Detusoko a home for community-based agro-tourism.

Armed with the grant from YSEALI and the dedication of 10 talented individuals, Arsalan and the team began their project with a five month preparation period, at which time they studied the local culture, introduced the project to relevant stakeholders, and even raised additional funds through an online campaign. The long preparation period proved fruitful as the team established local partnerships with Remaja Mandiri Community (RMC), a youth group, and Bungalomu, a farmers’ cooperative.

“We understood that we could not just come in without considering the local values and customs,” said Arsalan. “That is why we partnered with the local youth organization and community leaders who understand local values and stakeholder networks.”

With the partnerships formed and widespread support built with the people of Detusoko, Arsalan and three of his teammates traveled to the village from January 8-13, 2018 for a week of training and tour package development.  The team led a workshop for farmers on agro-tourism and two workshops for youth on the AEC and digital marketing. Indicative of the widespread support from the community, the district government leader, a legislative representative, and a lecturer from the University of Flores all contributed their time and knowledge to the trainings.

When the team wasn’t providing training, they were working with the farmers to make welcome signs for visitors or exploring the village with youth to develop tourism packages. The on-the-ground efforts of Arsalan and his teammates plus the work of team members who helped remotely contributed to the amazing Dectourism website. The website serves as a one-stop-shop for booking your vacation to Detusoko, from airport pick-up to lodging and even customized tours. 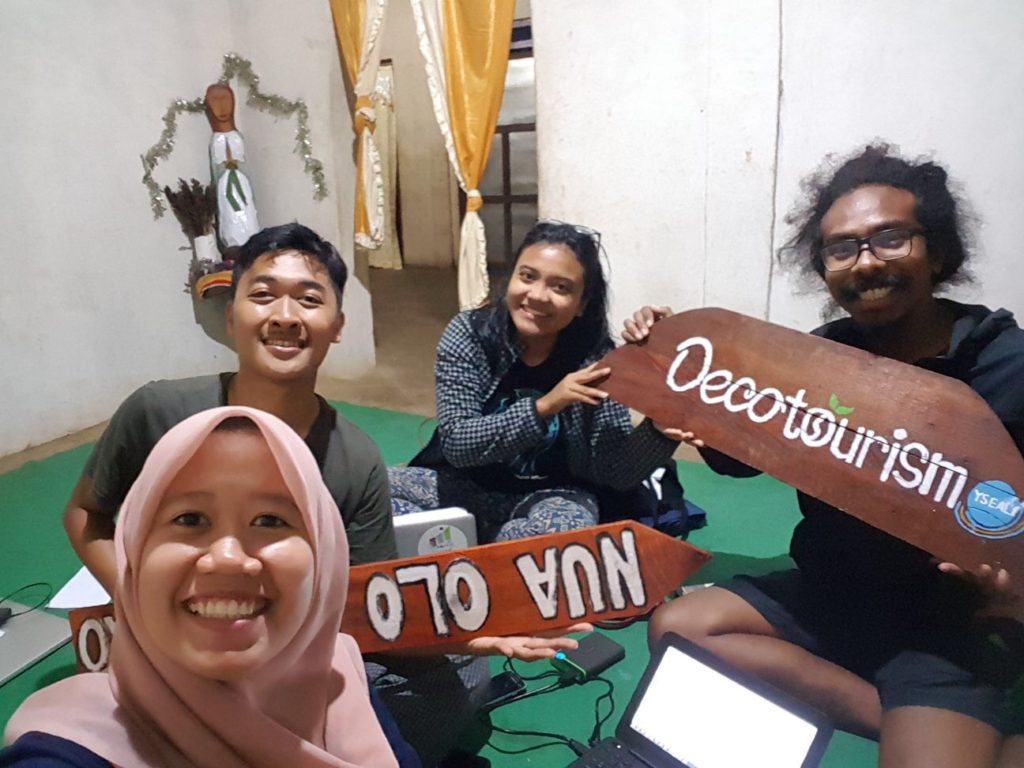 Because of the training and online technical support, Arsalan and his team successfully transferred their skills related to agribusiness, website development, and graphic design over to local stakeholders. By embedding sustainability into their project design, the team has ensured that the recent rise in tourist inflows continues for the foreseeable future.

Reflecting on the project fills Arsalan with joy because it empowered “the local farmers and youth to showcase their hidden gems and reveal their full potential by harnessing agro-tourism concepts and a digital marketing strategy. I feel proud because the simple things we gave them, such as the signboards, have already become landmarks that locals and tourists take pictures with to express their happiness online.” 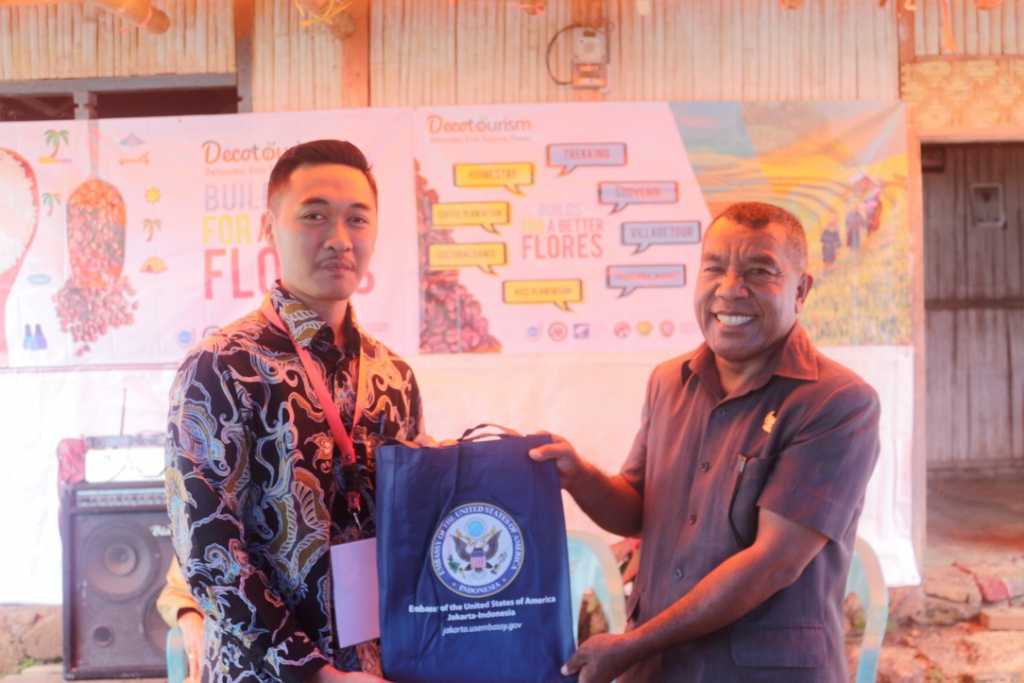 One Step towards a Gigantic Dream

Negotiation, project management, branding, and digital marketing are just some of the skills developed at the YSEALI E-Community Workshop that Arsalan and his teammates used to empower people and grow the economic potential of Detusoko. For Arsalan though, the greatest benefit of YSEALI has been the relationships built over his week in Hanoi.

“YSEALI gives you friendship, an everlasting friendship with young leaders from the 10 ASEAN member states,” Arsalan said. “So when we all grow up and live the dream we envision, we will find it easier to deal with things in every ASEAN country.”

Detusoko is just one village on one island in a country made up of some 17,000 islands. But Arsalan and his teammates demonstrated that with the right skills training, relationships, and commitment, you can make a big impact on the lives of individuals and communities. The skills and relationships born in Hanoi and cultivated in Detusoko have become powerful tools that Arsalan can use as he continues the journey towards his dream of transforming the economy across the archipelago.