Most people today know that the world is round and that earth revolves around the sun, and yet many pseudo-scientific “facts” remain fixtures in society. To set the record straight, we have compiled a list of the top five widely held scientific myths.

So those really cool space battles in Star Wars? Not the most realistic. Sound needs molecules (such as air) in order to travel. In the vacuum of space, there is no medium for sound waves to travel (at least that humans can perceive). You can hear inside the space ship, where air is plentiful, but once you exit for the space walk, the only sound is silence. 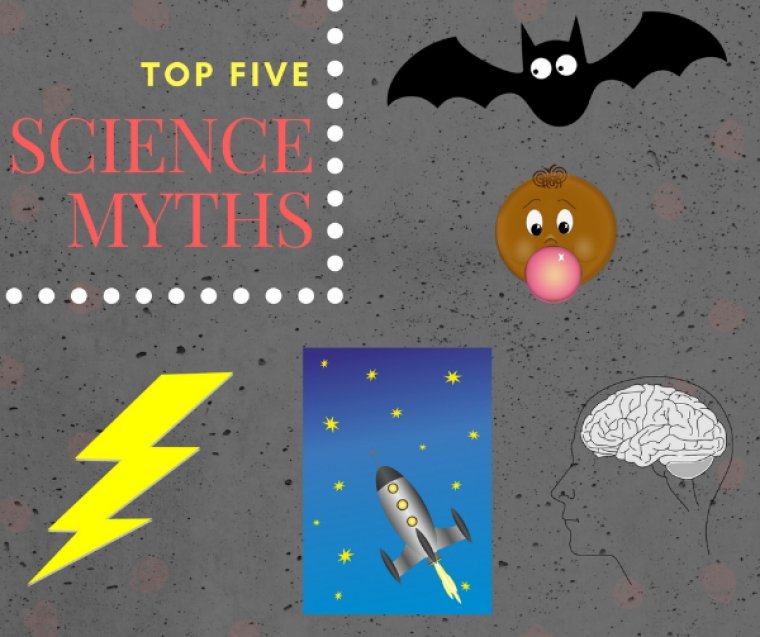 2) Bats are Blind
Next time someone tells you that you’re blind as a bat, you should thank him or her for complimenting your exceptional vision. The myth that bats are blind stems from the fact that some species use echolocation to hunt. This doesn’t mean they cannot see, but rather that they use different senses to hunt when sight is difficult.

3) Right Brain People are Creative, Left Brain People are Analytical
The human brain does have two hemispheres and each side is responsible for certain cognitive processes; however, people do not develop stronger neural pathways on one side or the other. Take comfort in that fact that the human brain is highly complex, and all functioning people are more than capable of learning math and science as well as thinking artistically and creatively.

4) It Takes SEVEN Years to Digest Gum
Gulp! That sticky, rubbery gum just slide down your throat. It’s going to be a long half-decade for your digestive system, right? Wrong. Gum will pass through your digestive system in two-three days like most other foods. While it’s true that the body cannot break down the gum entirely, this doesn’t mean you have to worry about it dissolving inside your body until 2024.

5) Lightning Never Strikes the Same Place Twice
As poetic as this myth sounds, it is totally false. In fact, the Empire State Building in New York City can be struck by lightning as many as 100 times in a single year. Skyscrapers and other tall objects offer a path of least resistance for lightning and are almost certain to be struck more than once.
For more fun science knowledge, learn how one student invented a frog catching device to support his family’s business.