Shining Light on a Great Example of Community Development in Thailand 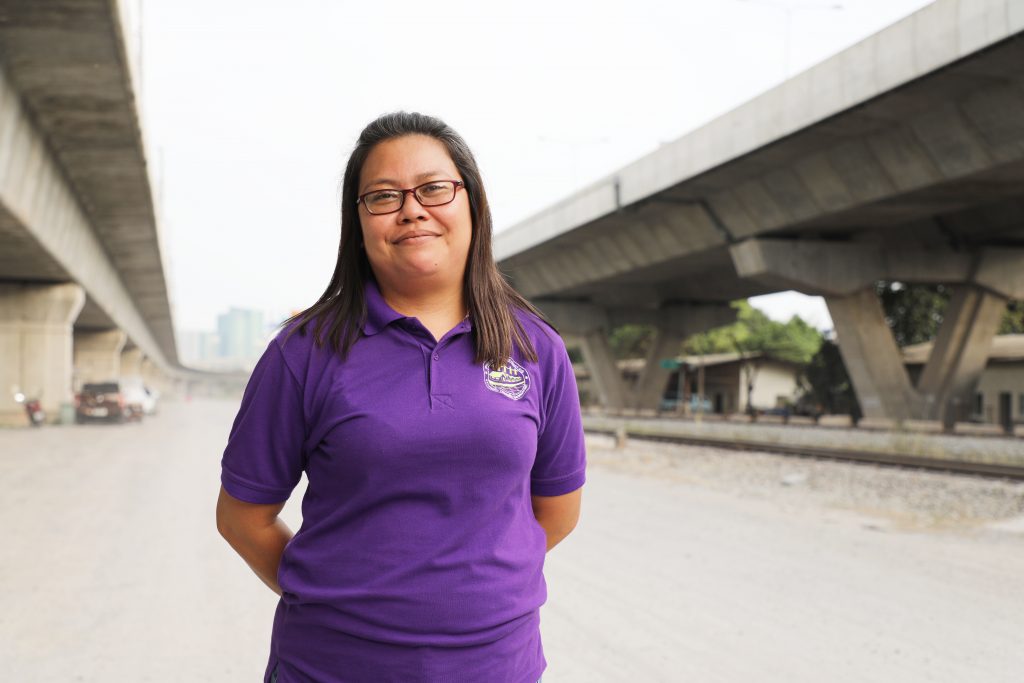 For the past seven years, Matika Wongngam has lived in a little house along an inlet springing from one of the 1,682 canals, or khlongs, that wind through Bangkok like veins from the pulsating Chao Phraya River. She’s one of thousands of Bangkokians who still live along canals, representing the final vestiges of the way of life from a bygone era when Bangkok was known as the ‘Venice of the East.’

There is a perceptible love and unity among members of Matika’s community, known as Bor-Farang Rim Nam; however, not long ago, the community’s very existence came under threat due to legal and environmental concerns. First, their homes sit illegally on land owned by a private company, and, second, many of the homes are makeshift structures on the banks of the inlet, some even on the water itself, held up by wooden stilts and vulnerable to flooding.

Because of the safety concerns and murky legal situation, change needed to happen for the 1,000 plus residents of Bor-Farang Rim Nam to have a sustainable future. Two years ago, a bolt of good fortune struck when the Thai government and the company that owned the land forged a partnership to offer quality housing to the residents at a greatly reduced rate.

The deal was straightforward: the company would build brand new townhouses and condominiums on elevated land a safe distance from the water. Community members would have the opportunity to take out a loan from the Community Organizations Development Institute (CODI), a government institution, to purchase the homes at prices ranging from 150,000-300,000 THB (US $5,000-10,000) paid over a 15-year period. On the open market, the homes would sell for upwards of 700,000 THB, but the government and company agreed to cover over half the costs. Matika and nearly all of the other members of the community eagerly accepted the terms, and the company broke ground on the project, which it expects to complete by the end of 2020.

Although the homes are offered at significant discounts, they are far from free, especially considering the fact that most community members have insecure jobs that provide a modest and often irregular income, such as taxi drivers, street vendors, and maids.

For Matika and others, forecasting their long-term earnings to pay for the homes is a challenge, leaving them susceptible to advances from loan sharks who are all too happy to offer community members off-the-book loans at exorbitant rates. According to Matika, loan sharks charge 20% interest per day, putting community members at risk of falling into dangerous debt cycles.

Recognizing a potential problem, CODI worked collaboratively with Kenan to bring the Community-focused Financial Learning and Leadership project, funded by the Citi Foundation, to Bor-Farang Rim Nam. To help community members take control of their finances and adopt the financial behaviors that will enable them to purchase their homes, Kenan delivered its innovative financial literacy training, which is tailored to the lifestyles and contexts of low-wage earners. The training covered fundamental skills, such as budgeting, saving, and debt management.

Following training, participants submitted proposals to receive grants to lead their own initiatives to tackle community financial problems and transfer knowledge from the project to other members of the community. For their initiative, Matika and a group of creative friends used the funds to start a community enterprise that produces soaps using natural plants found in the community, such as herbs, mangosteens, and radishes, as well as recycled coffee grounds donated by local cafes. They applied what they learned from Kenan’s project to manage the business’ funds, and, as an added bonus, the enterprise now brings in a supplemental income to community members.

CODI has worked with Kenan and Citi in other communities in Bangkok and nearby provinces and seen how the training transforms the lives of individuals and entire communities. For Matika and her neighbors in Bor-Farang Rim Nam, the project has led to remarkable results in only a short period of time.

At the community level, the grant strengthened the togetherness of Bor-Farang Rim Nam as members joined hands to fulfill a dream of running a small business. Matika and her friends have turned the community office into a mini-manufacturing warehouse for their fledgling enterprise. Recently, they have begun selling their soap at local markets and have plans to start selling through social media. Ultimately, they hope the business will increase employment opportunities for community members.

The more profound changes, however, have come at the individual level. Kenan’s financial literacy training has shifted community members’ mindsets related to money, helping them develop long-term plans to achieve specific financial goals, notably paying off the loans for their new homes.

“Kenan’s financial literacy training has changed our lives,” says Matika. “We now think before we buy something and consider wants versus needs. We’ve learned how to monitor our income and expenses, which will help us save money for the future.”

This year, not only will Matika and her neighbors move into better, safer homes, but they will also enter a new decade with the tools to take control of their finances and make financial freedom a reality.

To learn more about how Kenan is developing skilled people, like Matika, in Thailand and the region, visit https://www.kenan-asia.org/developing-skilled-people/ 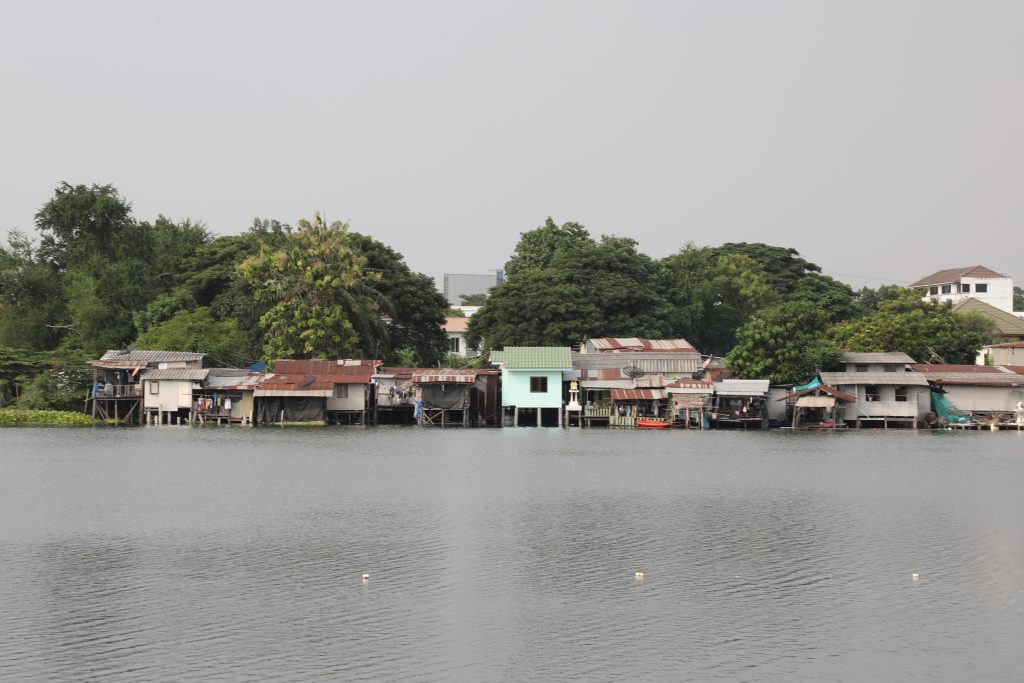 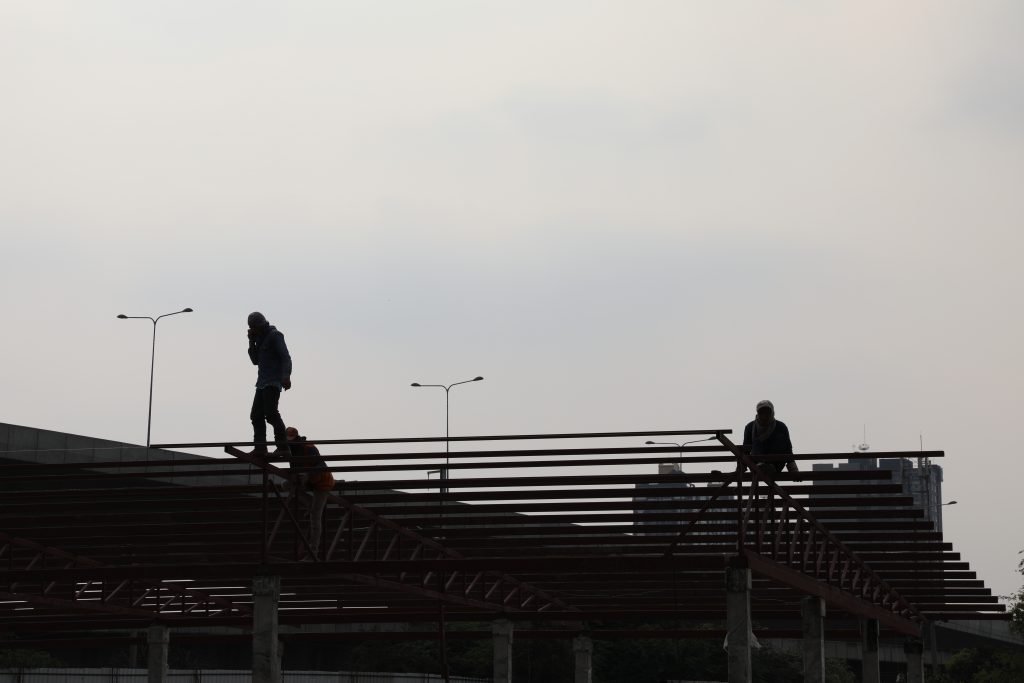