See the Range of Buddhist Holidays in Thailand 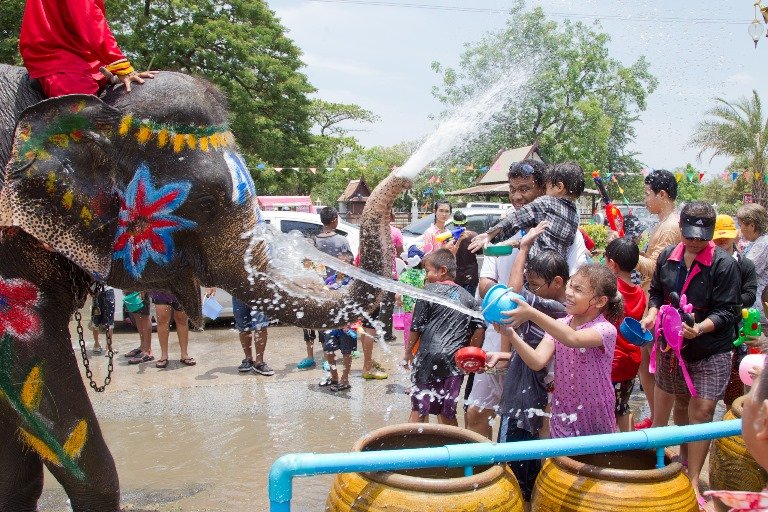 Along with amazing tourist sights, some of the friendliest people, and finest cuisine, Thailand has many national holidays and Buddhist festivals to enjoy. There are local Thai cultures to consider and being aware of Thai holidays and festival dates is a good idea to help enhance your Thailand experience.

In this article, Kenan Foundation Asia reveals explanations and local tips for each Thai festival and holiday, along with the month the holiday takes place. Thailand has many local and regional cultural festivities, this guide focuses on the national ones. We hope it helps with your Thailand holiday travel plans.

New Year’s Day is a popular holiday in Thailand, many people in Thailand take time off and travel or go to see family.

Children’s Day – held on the second Saturday of January

Known as “Wan Dek” in Thailand, Children’s Day is an occasion for children to have fun and to create awareness about their role in developing the country. There are many Children’s Day events across the country, if you do not mind the crowds, this is a fun time for the kids.

Many Thai people are of Chinese descent, especially in Bangkok, Chiang Mai, Nakhon Sawan, Phang Nga, Phuket, and Suphan Buri. This means that Chinese New Year is one of the most significant festivals in Thailand. 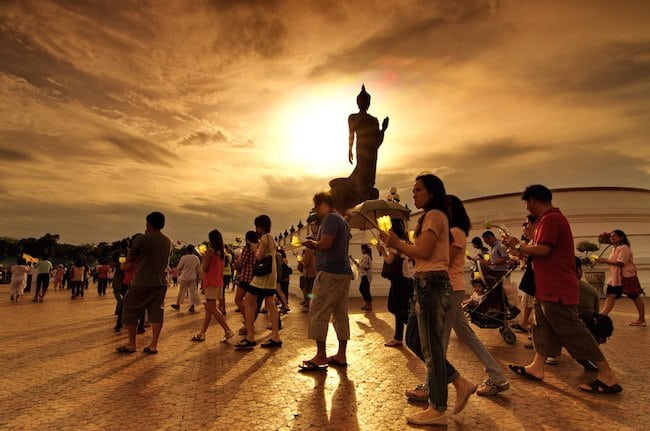 This is one of Thailand’s Buddhist holidays. Makha Bucha Day marks the coming together of 1,250 enlightened disciples of Buddha, on a full moon day without being summoned and they then listened to Buddha’s teachings. All of the monks were ordained by Buddha himself. Buddhists go to temples to make merit and join candlelight processions or “Wian Tian”.

April 6, 1782, was the day that King Rama I founded the Chakri Dynasty, Thailand’s current ruling dynasty.

Songkran is the Thai New Year festival, which takes place in April every year; 13 April is Thai New Year’s Day. Songkran festival is celebrated throughout Thailand in April, the hottest month of the year. Read more here.

As in many countries across the world, Labor Day is celebrated on May 1st in Thailand.

Visakha Bucha Day – held in May or June

Visakha Bucha Day represents the birth, enlightenment, and passing into Nirvana of Buddha. As with many Buddhist festivals in Thailand, there are Buddhist rituals at temples and the sale of alcohol is prohibited. 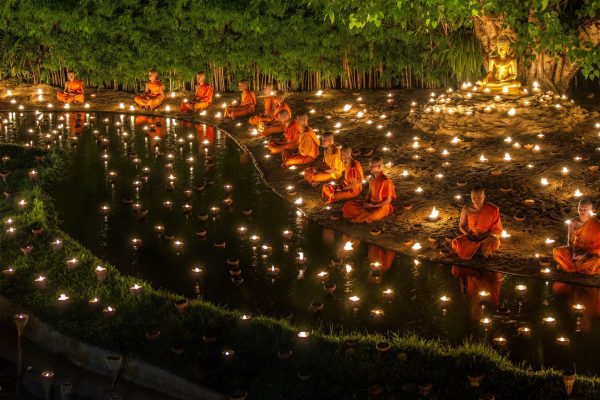 This Buddhist holiday, also known as Dharma Day, represents the Buddha’s first preaching to his first five disciples; Dharma refers to the teachings of the Buddha. This Buddhist festival is celebrated on the first full moon of the eighth lunar month.

This is the birthday of Thailand’s present king.

Thailand’s national Mother’s Day takes place on the same day as the birthday of Queen Sirikit.

Commemoration of the Passing of King Rama IX – October 13

This day is held in remembrance of Thailand’s previous king, Bhumibol Adulyadej.

This day is held in remembrance of King Rama V.

Loy Krathong is possibly the second most well-known Buddhist holiday and popular after the new year Songkran holiday. Loy means “to float”, Krathong refers to the small container made of banana leaves that can be floated on the water during the Loi Krathong Buddhist festival.

Kenan Foundation Asia believes in a world where everyone has the right to build a better life for themselves, their family, and their community. Every day, we are working in Thailand and the region to inspire students, develop skilled people, and grow strong leaders by empowering them with the knowledge, technology, and skills necessary for a better future.