Ever since she was a young high school student in the early 1980s, Dr. Omjai Saimek always found the beauty in science, especially when peering at a sample through a microscope. As a student, she especially enjoyed learning math and science, and, coming from a family of educators, knew from an early age that helping a new generation of Thai students was a very likely career choice. Today, as the Vice President for Science and Technology of Human Resources Development at National Science and Technology Development Agency (NSTDA), Dr. Omjai continues to live her youthful dream by working tirelessly to promote a new generation of scientists, and raise public awareness about the critical importance of science and math education.Originally joining the precursor to the NTSDA in 1988, before it was even formally established as an independent agency in 1991, as a project analyst and grant reviewer for biotech projects, her role today is to develop “human resources in the field of science and technology in Thailand, and to raise public awareness of science while boosting public interest in science-based problem solving.” Her role puts her in charge of promoting scientific human resource development in Thailand. Professionally, she has set two key goals for herself, promoting science opportunities for youth and raising NSTDA’s profile. 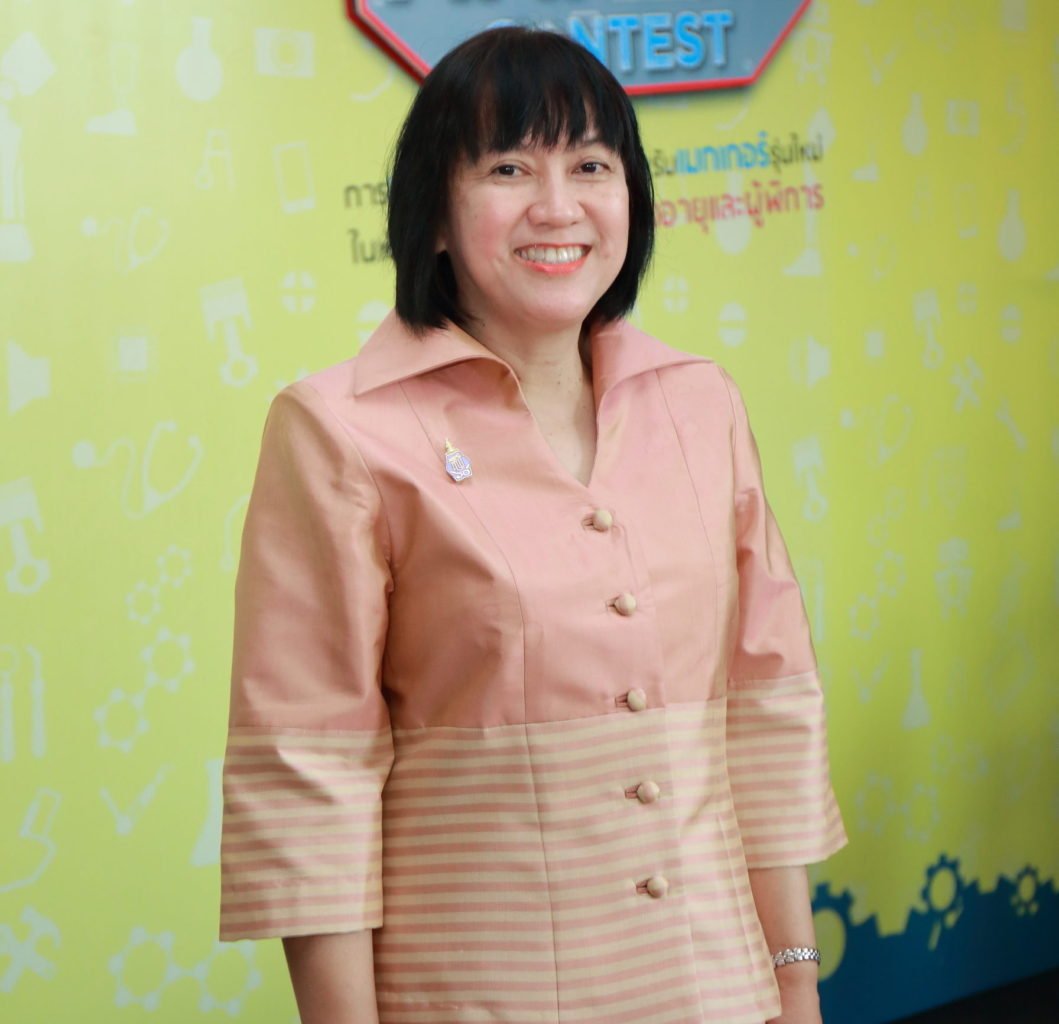 Although human resource development is a critical part of NSTDA’s four part mission, Dr. Omjai faces budget constraints and the need to differentiate from other agencies that also seek to raise public awareness about the importance of science and math education. In fact, the budget for this mission represents only 10% of NSTDA’s overall budget, and Dr. Omjai needs to build partnerships with funders if she is to succeed in her goals.

Dr. Omjai first learned of Kenan Foundation Asia’s work in improving education in Thailand in 2012, when Kenan was working for the Institute for the Promotion of Science Teaching to improve science, technology, engineering and math (STEM) education in 10 Thai provinces. Although she was not a part of the project, she was intrigued by its goal and impressed by the work of Kenan and its team. So when Kenan invited her to join the Chevron Enjoy Science project, a major public-private-partnership to improve STEM education in Thailand and raise awareness of the importance of STEM education to national competitiveness, she jumped at the chance. Learn how Kenan Foundation Asia brings value to leading companies.

Working with Kenan’s education team, it was agreed that the project would support, both financially and technically, a signature initiative of the NSTDA called Thailand Children’s University (TCU), which exposes children to inquiry-based science education, and has them participating in science experiments run by university professors in university laboratories. Under the auspices of Her Royal Highness the Princess Maha Chakri Sirindhorn, the TCU project was off to a strong start, but lacked the funds necessary to achieve its full potential, and project planning was not being held to a rigorous standard.

The first benefit of the partnership was the ability to expand to 18 universities, as originally envisioned by the NSTDA, from the current 10. This also allowed an increase in yearly activities from 15 to 63, and improved the project’s reach to over 30,000 students. Not so obvious, at first, was the improvements in the capabilities of NSTDA staff working on the project, thanks to their close collaboration with Kenan’s education team, or the improvements in planning, thanks to Kenan’s strict requirements for project planning and project measurement. Dr. Omjai credits this disciplined approach with making her staff “More capable and confident for TCU and other projects,” as well as adding to the success of TCU activities, making them “more interesting for students.” According to Dr. Omjai, “Because of Enjoy Science, TCU has had more impact to the country.” It was also important to her professionally, as she is deeply committed to achieving the mission of the NSTDA, and she credits the success of the TCU project with raising her team’s profile and helping distinguish NSTDA’s activities with the public and the government, noting that the project is now very well recognized.

Looking back at the past two and a half years, Dr. Omjai stated, “I made the right decision to ask Kenan staff to join the committee of TCU (as observers) and partner with them. They (Kenan) really helped support the initiatives and activities to be more successful.”

Please contact us today to learn more about the many ways your company can support schools, teachers and students, such as sponsoring a STEM Camp, supporting teacher training, or helping to equip classrooms: [email protected]