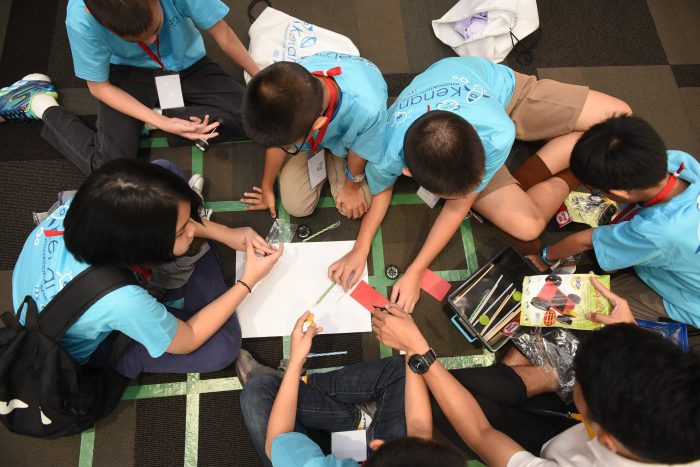 Hose in hand, Nattakarn carefully fills a water bottle in search of the precise amount that will cause her rocket to fly through the air like shooting star. Moments later, Nattakarn steps to the launch pad. She attaches the rocket to an air pump and moves back as her teammates apply pressure. And then…poof! The rocket uncorks and whizzes across the open field, leaving a wake of spewing water as it forges 50 meters ahead.

This past June, Nattakarn spent an entire day performing exhilarating, hands-on activities as part of a Kenan Innovation Camp. For Nattakarn and the other participants, the Innovation Camp was a massive departure from their ordinary classroom experience when, each day, they, like thousands upon thousands of Thai students, go to schools where they sit passively watching teachers recite endless passages from textbooks. The closest they come to interacting with the content is scribbling down some purely academic definitions of confusing concepts. What job are they being prepared for? Suffice to say, in the modern, fast-paced world, these students are destined to be left behind. 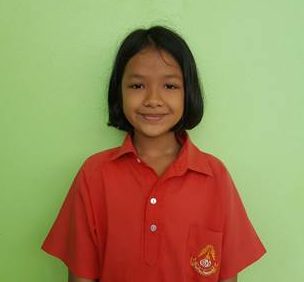 Kenan’s Innovation Camp shattered Nattakarn’s notions about what an education entails by empowering her to explore subjects deeply and showing her what she is capable of. If you saw the glistening smile on her face at day’s end, you would be surprised to learn that Nattakarn was hesitant about attending in the first place because she worried that she wouldn’t have the ability to complete the activities. Her self-doubt evolved from the emphasis on rote learning she was accustomed to in her 4th grade classroom. After all, if you’ve only been asked to memorize information, how can you be expected to suddenly apply difficult concepts like air pressure, thrust and motion to make a hand-made rocket fly?

As Nattakarn can attest, Kenan’s camps present one-of-a-kind opportunities for children to practice key 21st century skills, while capturing their interest in high-value careers of the future. Unlike the memorization-based pedagogies designed for the 19th century, students today must be able to think critically, work with others and solve multi-variable problems.  “After joining the camp, I realized that we do not have to remember everything,” Nattakarn said. “Sometimes it is easier to understand a lesson rather than memorizing it. There is no need to memorize a concept when you understand it and know how to apply it.”

A clear indication of the need to improve Thai students’ knowledge application in key STEM areas came on the OECD’s most recent Program for International Student Assessment (PISA) in 2015, on which Thailand ranked just 55th and 56th on math and science out of 72 participating countries and states. To improve in STEM, students need opportunities to actively experience concepts as opposed to copying notes from a blackboard. Kenan’s camps expose children to STEM in a way that imparts valuable knowledge through exciting, inspirational activities.

The story of Nattakarn illustrates how Innovation Camps spark student’s untapped potential. Although she loved science before attending, Nattakarn was conflicted about whether she wanted to be a scientist or an athlete when she grows up. After attending the camp, however, she declared that “I want to be a scientist more because I wish to do experiments.”

Thanks to Kenan’s Innovation Camp, Nattakarn now knows she has the ability to soar in a next-generation career. With your generosity, together, we can change students’ mindsets by giving more children the opportunity to experience a 21st century education.