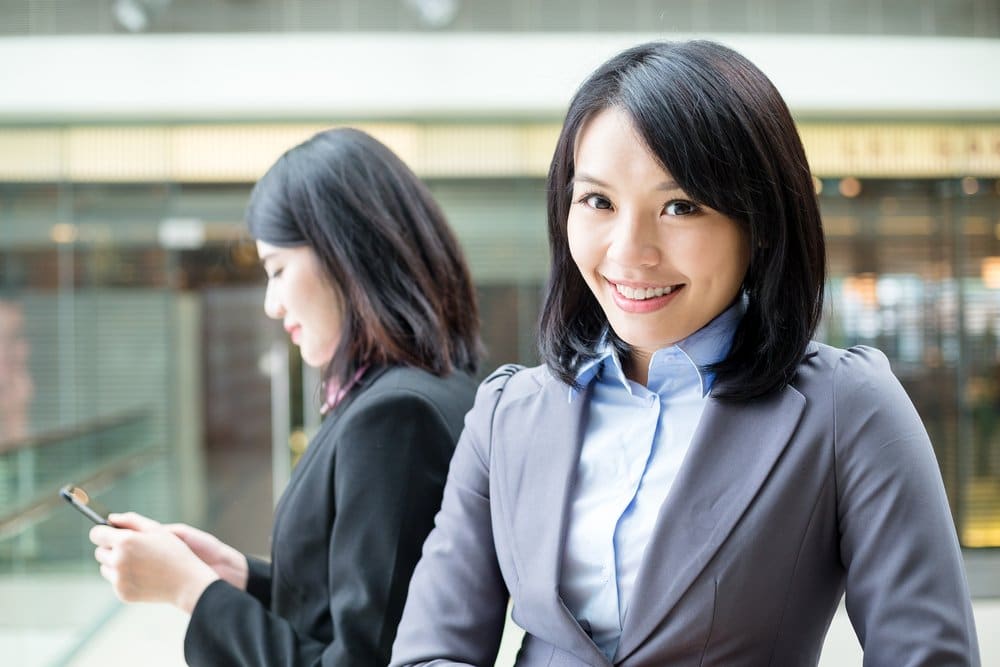 Marked annually on March 8th, International Women’s Day (IWD) is an opportunity to recognize and celebrate the achievements of women and to contribute to a growing global community committed to taking action against gender bias and towards greater social inclusion.

Kenan Foundation Asia joins the celebration of this important day by sharing six key points from an assessment report recently completed under ‘Promoting Economic Empowerment of Women at Work in Asia ‐ WeEmpowerAsia in Thailand‘—a project Kenan is implementing from 2020-2022 in partnership with UN Women.

Certain qualities, characteristics, and job roles are widely associated with one gender more than the other. Frequently, such associations work more in favor of men than women. For instance, men are generally perceived to have more leadership qualities than women; this stereotype may lead to an unconscious bias that puts more men in leadership/management positions. Societal expectations also place domestic responsibilities, including childrearing and household chores, largely upon women which may result in a preference for male candidates in recruitment and promotion. Additionally, many jobs are gender-stereotyped, not only leading to preconceptions (or indeed misconceptions) of what is a man’s or a woman’s job, but also discouraging people from pursuing non-traditional careers for their gender. Consequently, some lucrative job fields, such as IT and engineering, remain dominated by men.

Business deals are not always made in meeting rooms, and appointment decisions are not always based on formal performance reviews. For many, networking is essential for getting ahead. Societal expectations regarding domestic responsibilities play a role here, as women, especially those with children, tend to have fewer opportunities to meet outside of work—particularly when gatherings are held in the evening. Certain gathering places, such as cigar bars and adult entertainment venues, also have a higher likelihood of alienating women than men. In addition, some women fear the risk of sexual harassment when having to attend male-dominated networking parties. As a result of these factors, men often have more opportunities to professional networks.

Sexual harassment is a vastly underreported phenomenon that affects labor participation and career advancement. In the world of work, victims of sexual harassment may not take actions against their perpetrators due to three main reasons. Firstly, despite being made to feel uncomfortable, they may view non-violent forms of sexual harassment as commonplace and unlikely to receive attention by their employer. Secondly, victims may fear that reporting a sexual harassment case—whether violent or non-violent—could be an impediment to their career, particularly when their perpetrators are in a position of power. In certain cases, threats of dismissal or demotion may be used to silence victims and their supporters. Third, the victims may believe (perhaps correctly) that the country’s law enforcement would fail to punish their perpetrators. Clearly, addressing this phenomenon requires the attention and efforts of both the private sector and the government.

As various industries have diverse characteristics, the effects of gender biases manifest differently among them. Kenan’s needs assessment report focused on three key industries—tourism, gems and jewelry, and fintech. While leadership roles in all three industries remain dominated by men, the degree of domination varies. The least male-dominated industry appears to be tourism, plausibly because society sees service and hospitality as being more closely associated with female values. Fintech, on the other hand, is overwhelmingly dominated by men, as significantly fewer women pursue tech-related careers. Meanwhile, because the majority of gem and jewelry businesses in Thailand are family businesses, the entrenched patriarchal family structure often places men at the head of their family business.

5. Gender is a cross-cutting issue that points to a larger issue of equality and inclusion

It is important to keep in mind that gender equality is not only about women. Gender stereotypes and norms can also affect men negatively when they do not conform to the societal expectations attached to their gender. Moreover, members of the LGBT+ community must be included in the conversation about equality. Despite Thai society’s relatively progressive attitude towards gender diversity, LGBT+ individuals continue to face discrimination and barriers, ranging from day-to-day issues such as misgendering and bathroom use, to the glass ceiling effect that is arguably more significant than the effect faced by heterosexual cisgender women in Thailand. Furthermore, it must be noted that gender is cross-cutting and intersects with various other factors, including sexual orientation, social class, education level, religion, and ethnicity. For companies aiming to keep their employees happy, attention to the intersection of these factors could help identify the most vulnerable employees whose well-being deserves attention.

6. Private companies are heading in the right direction

Some companies in Thailand already have policies and practices that promote gender equality. These include the banning of gender specification in job ads to prevent hiring discrimination; the organization of gender diversity training to promote inclusivity; the establishment of policy and complaint procedures to deter sexual harassment; the provision of paternity leaves to promote gender-equal childcare responsibilities; the devotion of funding towards women-led businesses to address gender gaps in entrepreneurship; and CSR activities that build capacities of vulnerable women and girls. These examples indicate that we are headed in the right direction. But, at the same time, the private sector cannot go at it alone, as most of these policies and practices cannot address the root causes of gender disparities in Thailand. The government, education, and media have pivotal roles to play in fostering a more inclusive society.

Across Thailand, the private sector is coming to a greater appreciation of the reality of the business case around inclusive practices—making not only business sense, but also being the right thing to do. Companies looking to join the movement to promote gender equality and inclusive growth are invited to register for the Women’s Empowerment Principles (WEPs) Awareness Training via www.weempowerasia.kenan-asia.org/register

About the Author: Donhathai is an expert in International Development with experience at the nexus of education, industry, and issues of equity and social inclusion. Donhathai was a lead author on the Needs Assessment Report under the WeEmpowerAsia – Thailand project, the first in a series of research and analyses conducted by Kenan Foundation Asia to explore gender-specific needs and barriers to economic participation and opportunity. If you want to share a comment or find out more information about WeEmpowerAsia, please email [email protected]